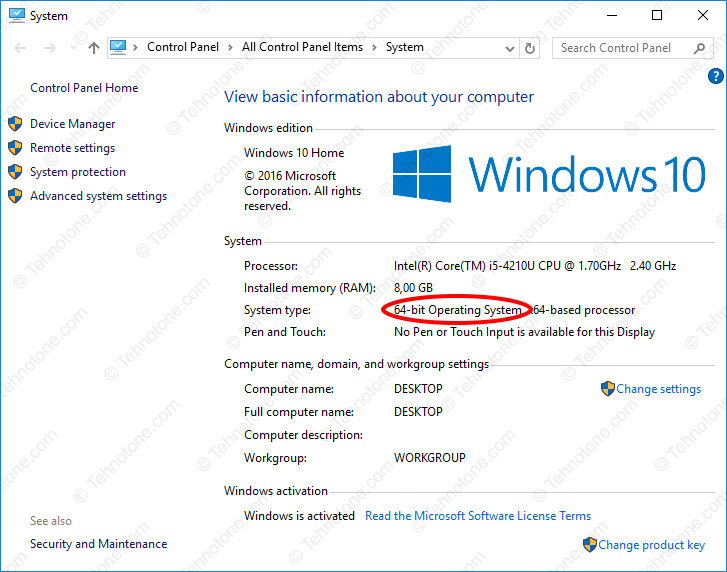 In the example from the image above we can see that Windows 10 is a 64-bit Operating System as marked with red.

Above that you can see the size of installed RAM (Random Access Memory) is 8 GB. To use more than 4 GB of RAM a 64 bit version of Windows is required. If you were to use a 32 bit version of Windows (also displayed as x86) and have 8 GB of RAM you will see the quantity of RAM that is installed which is 8GB and also the quantity of usable RAM which will be 4 GB or less.

To work faster a 64 bit operating system can take advantage of:

Ideally is that the above conditions are met for a 64 bit operating system to perform as intended. However, a large number of applications are only available in a 32 bit version. To see the 32 bit applications installed on a 64 bit Windows:

Even if some popular applications and games are not written natively for 64 bit environments – like it would be ideal for a 64 bit operating system – you still gain the advantage of having a 64 bit environment that should provide superior performance over a 32 bit one, given the 64 bit hardware and the ability to use more RAM.

Windows 10: How to disable driver signature enforcement and other startup options (link not available yet)

Hosting costs are high but you can help keep this website online!